Dragon Hunting is a narrative focused game with simplistic RPG elements and battles.

Taking place in a fantasy world with distant memories of wide spread destruction at the hands of “dragons”, the story is one of regret, repentance, mistakes, revenge, pride, good intentions, and a hope for the future.

As the majority of the game is focused on storytelling and character relationships in a pseudo- visual novel manner, the gameplay has been kept decidedly simple, completely ignoring certain aspects common to traditional RPGs such as leveling up or grinding.

There are currently three endings planned and several minor branching paths. As the game heavily relies on exploration-based storytelling, there is a lot of hidden content that flesh out aspects of the world and its characters.

For some brilliant reason, I thought it would be a great idea to make a game for my university thesis. As I’m quite the fan of many narrative-based adventure games created in RPGmaker over the years, I decided I would try to do the same.

Originally I hoped to make the entire game, but that ended up entirely unrealistic as the game grew increasingly complex as I got more invested in it. In the end, I still managed to produce what I consider a “high quality” demo through a lot of struggle and over 800 hours of work that consisted of a lot of hands-on learning and redoing. (No, seriously, I clocked this in 3-4 months)

If anything, the thing that changed the least was actually the art work. Pretty much everything else has gone through at least one separate version. The writing in particular was almost completely redone in the last few days before today’s showcase so there may be some really rough lines here and there despite having spent something like two-three months on pre-production.

Hopefully, the work shows despite the lack of polish in a lot of places.

Q: Will you ever finish the game?
A: I hope so! I’d probably get my ass kicked if I don’t.

Q: Will the finished game be free?
A: That honestly depends. I may ultimately decide to go the route of patreon with free public builds (which honestly doesn’t really work with the way I work as I often go back and revise existing things), or just develop it like normal and release once it’s done for a low price. I think it depends on how much work I end up putting into the project and whether or not I commission professional assets (such as for music). The demo, of course, will be free.

Q: Why are you wearing a bag on your head?
A: Why wouldn’t I wear a bag on my head?

Please don’t be intimidated to ask me questions or tell me the game sucks. I love hearing feedback.

Hopefully I haven’t creeped you by probably standing behind you and taking notes on how you’re play.

Tell me to stop if it is creepy.

Thanks for stopping by!

Dr. Yami –  Luna Engine, a crap ton of on the fly small fixes

Yanfly – Too many to even list. I’m considering building a shrine to honor him.

Special thanks to everyone who helped playtest the game!

This looks so cool I would totally pay for the finished product once its released!!!

I found your game through the Luna Engine release/trailer.  This work is absolutely amazing, breathtaking, and just wonderful in so many ways.

You should totally go for Patreon or Kickstarter - I think a lot of people would love it - and it definitely doesn't need to be released for free 'or a low price'.

From the little I've already seen, the artwork, mechanics, and overall feel 'gel' together so cohesively.  The land does feel barren/desolate/forgotten as if many generations have passed, I love the cinematic shots you've chosen for this page, and it was fascinating reading the bios of your characters shown in the trailer.  I cannot wait to play this game and hope you know what a gem you and your work are! 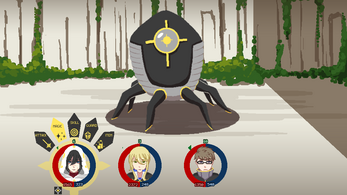 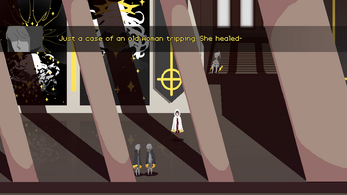 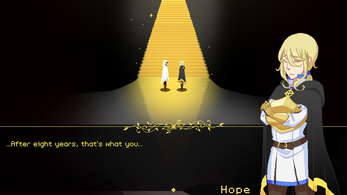 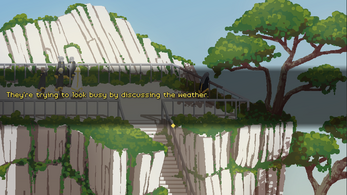